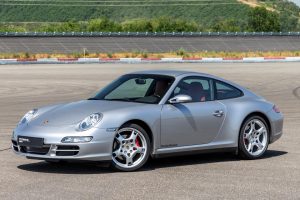 If you own or are considering buying a 911 Porsche model/year prior to 2009, you need to know about the issues with the IMS bearings in the 996 and 997 generations. It is well known that these cars had a problem in the intermediate shaft (IMS) that drove the engines’ camshafts, resulting in engine failure.  The IMS bearing in question actually can cause premature catastrophic engine failure. In other words, it is a serious vulnerability. After IMS bearing failure, an engine may need to be stripped and totally rebuilt or replaced. In this article, we present basic information about the problems with the older IMS bearings, answer some questions you may have regarding these issues, and outline solutions. If you have a Porsche in one of these generations, contact us at Triangle Imports for expert guidance and possible corrective action.

The IMS in these Porsche models/years used a ball-shaped bearing. Since 2009, there has been an IMS bearing upgrade with a cylindrical bearing that corrected the problem, but many questions are asked still today about the former IMS bearing issues. If you have one of these pre-2009 996 or 997 Porsches, it is an important issue that you need to educate yourself on in order to know what is at stake.

What Is the IMS Bearing

The Porsche IMS (stands for intermediate shaft) is a geared shaft that runs through the front and rear of the engine. It indirectly drives the camshafts on either side of the engine by way of the mechanical rotation of the engine’s crankshaft. The actual shaft itself was not the problem. The design of the shaft has been used since the 911 has existed and, as a feature in the flat-six engines for which the Porsche is known, has been successful. However, the IMS problem that occurred prior to 2009 was in the sealed cartridge-style ball bearings that support the IMS. 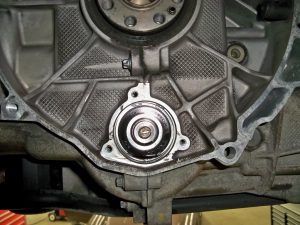 The IMS Bearing During Normal Operation

In normal operation, the IMS and front (ball) bearing are submerged in engine oil, with the rear (plain) bearing being separated by an oil seal with its own grease lubricant. This is true whether in idle or when the engine is shut off. When the car is at speed or under significant G forces, the sump level drops and the shaft operates with partial submersion through oil mist or splash lubrication.

What Causes the IMS Bearing to Fail

IMS bearing failure can happen anytime. Some bearings have failed just after 3,000 miles while others have lasted for 200,000 miles or longer. Failure is unpredictable and irrespective of mileage.

There can be many reasons for IMS bearing failure, and it can be due to a combination of causes. However, there seem to be two main weaknesses in the IMS bearings from the factory:

Some engine failures are due to the failure of the rear IMS bearing seal, which then allows dirty engine oil to wash out the grease contained in it. Any contamination in the engine oil when the open ball or roller bearings without seals are operating can result in more wear of the bearing. This leads to the IMS bearing failure.

What Happens When the IMS Bearing Fails

Generally, after an IMS bearing fails, the internals of the engine are contaminated with debris due to the failure, thus requiring the engine to be stripped and rebuilt or replaced. In extreme failures, cam timing can be affected, leading to valve-piston impact, which also results in the entire engine needing to be rebuilt or replaced.

Symptoms of an IMS Bearing Failure

It is difficult to ascertain any warning signs of an impending IMS bearing failure. Unfortunately, by the time you hear a loud rattling noise when you start the engine or when you accelerate, it is probably too late. But, even though you may not see an obvious symptom of an issue that is developing, for people who are focused on detailed maintenance there may be some opportunities to detect an IMS bearing problem early.

During an oil and filter change, check to determine whether there is any metallic debris in the oil filter or used oil. If so, it more than likely has come from the balls within the bearing. If there are fragments of black plastic, this may be from the bearing seal. In both cases, you should take the car to a Porsche specialist for a full inspection and repair. If you think you have an IMS bearing failure in your Porsche, do not drive the car under any circumstances. Find a Porsche repair specialist and have it taken there.

What To Do To Prevent an IMS Bearing Issue

After 2009, the M96 and M97 engines were replaced by the 9A1 engine, which uses engineering that drives the camshafts directly from the crankshaft instead of using the IMS system. This is great news if you own one of these years and models. However, if you own one of the older models, what can you do to prevent failure is to replace the IMS with a bearing retrofit upgrade. The design, materials, and serviceability of an upgrade eliminate the risk of the IMS bearing failure.

If you own a 911 that is older than 2009, contact us at Triangle Imports to discuss upgrading your IMS bearing system. We can save you from experiencing a failure that will require a very expensive engine rebuild or replacement.