Even though BMW boasts an outstanding reputation for engineering, design, and overall driving experience, along the way there have been a few manufacturing weaknesses, particularly with the BMW engines. Don’t get us wrong, BMWs are top-of-the-line vehicles to own. Whether you want to drive your timeless E46 M3 daily or occasionally take it to the track for a time trial, or simply enjoy comfortable family trips in your refined X5 SUV, it is safe to say there are BMW models for those young, old, and anywhere in between.

If you own or are considering ownership of one of these well-crafted, elegant machines, it is highly recommended that you become aware of the potential engine issues that have been known to plague certain engines. Our Raleigh BMW repair services are performed by experienced professionals and are backed with a 24-month/24,000 mile warranty!

Below are some signs of what to look for on some of the most popular BMW models including the F series, E90, E46, and E39 chassis. Though this is not a definitive list of BMW engine-related issues, we’ll cover the issues with the highest prevalence.

The BMW F series vehicles are modern and feature cutting-edge technology without jeopardizing the thrilling performance that the brand has been known for since the 1970s. While they’re often referred to as the ideal modern driver’s car, they do need to be regularly examined by certified BMW technicians in order to remain on the road in proper working order.

F series BMWs are the most recent models that have been produced since 2010. Here are many of the F series engines we have dealt with:

Whether we’re talking about your sporty F30 3 series or your luxurious yet capable F15 X5, the F series cars are known to have numerous engine issues but not limited to these we have listed below:

These models suffer from faulty thermostat and water pumps. If you notice a ‘service engine soon” light, your F series BMW could be running too hot! Cooling system failure can very well result in a complete engine replacement if not dealt with by a BMW engine cooling system experts in a timely manner.

Poor engine performance, choppy idling, and decreased torque are tell-tale signs that your BMW’s fuel pump needs to be replaced. This project will require several miscellaneous parts along with the pump itself, so be sure not to leave any part out!

Idler pulleys and tensioners have been known to wear out on F series BMWs quicker than on other vehicles. If your car is plagued with this issue, you will notice an abrupt squealing sound coming from the engine bay. It is recommended to look for cracks and damages on the engine’s belts when diagnosing this issue. Alternators, power steering, and cooling systems can be affected by faulty idler pulleys and tensioners.

Primarily common on the BMW F10 5 series models, timing chains have been known to abruptly snap, leaving drivers stranded and their cars in need of a tow. To avoid getting stranded, it is highly recommended that you have your BMW F10’s timing chain inspected for any signs of wear that could manifest into serious setbacks down the road.

If you are a BMW F series owner, chances are you enjoy the overall driving experiences the cars provide. Primarily an issue on the F10 5 Series and F30 3 Series models, throttle hesitation is an issue that has been known to pop up on several F Series models. If you notice yourself frustrated with the slow and lagging throttle, it is imperative that you have your car’s computer examined by a BMW tuning expert. 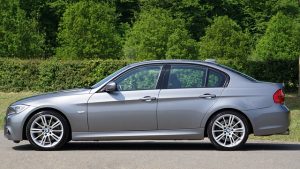 BMW E90s have been some of the top-selling luxury cars in all of North America from 2006-2012 and for good reason–they’re sporty, practical, and extremely versatile. While the E90s are an absolute joy to own, they do come with a handful of flaws when it comes to their engines. Many of these flaws can be diagnosed and fixed by a BMW service expert before they’ll leave you stranded, keeping these amazing pieces of machinery on the road for many moons to come.

E90 BMWs were produced from 2006-2012 and were made in numerous models including:

There are several known issues with these engines including but not limited to:

One of the most popular E90/E92 BMW models is the 335i. The vehicles came equipped with N54 (twin turbo) and N55 (single turbo) engines that were known for being able to produce mass amounts of horsepower for very low costs. The turbos themselves, however, have been known to fail relentlessly. If you notice any loss of power or rattling sounds coming from your 335i or 335xi’s turbo, it can very well need to be replaced.

E90 ignition coils have been known to fail when the vehicle’s spark plugs are not changed out frequently enough. If you notice decreased fuel efficiency, engine misfiring and stalling, difficulty starting, and engine vibration, your ignition coils could be on their way out. To avoid costly engine damage, be sure to have your E90 inspected by a BMW engine expert today!

An overheating engine, coolant leaks, high-pitched whining sounds, or steam coming from the radiator area of your E90, it is highly recommended that you have your car inspected by a BMW engine expert in order to avoid being stranded and additional costs. Flawed belt tensioners tend to cause water pump failure.

This issue is prevalent when it comes to E90, E91, and E92 M3s. if you hear any rod knocking or rumbling sound from the engine area, especially during cold starts, there is a serious chance you have spun a rod bearing and your beloved BMW needs an engine rebuild. Ask us about BMW oil analysis and how it can indicate any metal in your car’s oil!

Primarily an issue with the E90 320d models, defective ECR thermostat and glow plugs have been known to plague engine with decreased miles-per-gallon (MPG) performance. If you notice a glow plug warning light upon initial start-up, it is highly recommended that you have your car inspected as soon as possible. If neglected, this flaw can lead to glow plugs snapping off entirely, causing excessive repair costs. 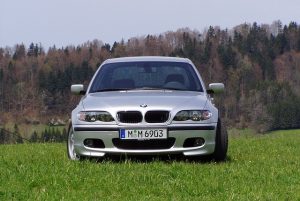 BMW E46s are known for their sharp design, sporty handling due to short wheelbases and lightweight chassis, and fair prices. Though they were priced at around $40,000 when new, it is not uncommon to find clean, well-maintained E46s for anywhere from $5,000-$20,000 (the E46 M3 of course costing the most, as well-kept six-speed manual models are becoming more and more of a commodity for enthusiasts.)

E46 BMWs were produced from 1999-2006 and were made in numerous different models including:

There are several known issues with these engines including but not limited to:

Meaning “differentiated intake,” the DISA valve is a component situated in most BMW intake manifolds. This issue is known to literally scatter material into compartments of your engine causing it to seize up and requiring complete engine replacement. Listen for any annoying engine rattles as this could be the first sign of deterioration.

Because BMW engines are designed to run slightly hotter than other engines, their oil filter housing gaskets, along with other gaskets, are known to leak. If you notice any fluid leaking onto your engine or onto the ground where your car is parked, be sure to call a Raleigh BMW engine repair expert to avoid additional costly repairs.

This will cause stalling, long cranks when starting, and rattling noise from fuel injectors. You will also notice delayed acceleration responses and cylinder misfiring. This replacement cannot be avoided, as it has the potential to leave you stranded. Typically, your check engine light will illuminate to let you know of a potential issue. Have a certified technician check the engine code to determine the problem.

Belt tensioners provide belt spacing and traction and are known to wear out over time. If you notice an abrupt chirping between 500 and 1,000 RPMs, it is highly recommended to have your belt tensioner inspected. Failing tensioners have been known to grind on nearby engine components, resulting in expensive repair costs.

PCV, or Positive Crankcase Ventilation, issues arise and can cause disastrous damage to E46 engines. Look for pressure buildup in the engine’s crankcase, excessive oil leakage, and consumption, and hindered acceleration and performance. Our BMW performance tuning experts would be happy to help diagnose any E46 performance issues.

When ignition coils malfunction, they cause a misfire in a single cylinder and also throw a check engine light. If your check engine light is on and you’re noticing a delay in acceleration, there is a solid chance that your ignition coils are on their way out. If ignored, this issue can damage the fine grid of the catalytic converter which results in additional repair costs and headaches. 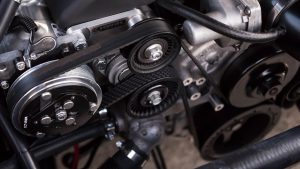 Considered some of the best all-around and versatile models ever made, BMW E39 models can do it all. They’re outstanding when it comes to long commutes and family vacations, and also able to take on thrilling track days. While these models are highly regarded, they did come with numerous engine-related issues that need to be maintained closely.

E39 BMWs were produced from 1995-2003 and were made in several different models including:

Like the E46 BMW, there are several issues with these engines including but not limited to:

Water pump, thermostat, and radiator are known to fail before 100,000 miles. The E39’s thin plastic expansion tank is very prone to catastrophic damage. Thermostat housings are also known to blow up due to cheap and generic upper house necks. Our BMW cooling system services will ensure you stay on the road worry-free.

Oil valve covers likely need to be replaced before 100,000 miles. It is also recommended to look for any fluid deposits, listen for any faint misfires, and also check for fluid on your engine’s spark plugs, as fluid often gets trapped up in the housing.

VANOS is BMW’s Variable Valve Timing that is combined with hydraulic and mechanical camshaft controls that are managed by the engine’s DME engine management system. Made out of brittle material, these seals are known to harden and leak over time, causing hindered engine performance. If you notice rough idles, frequent engine “hiccups,” decreased fuel economy, and loss of torque and engine power, you may need to have your E39 VANOS system inspected by a Raleigh BMW engine expert.

A component in numerous BMW E39 intake manifolds, DISA valves are imperative when it comes to having a smoothly-operating engine. If these valves fail, they’re known to scatter debris into engines, leaving them damaged and in need of extensive repair. If you notice an irritating rattle coming from your engine area, it is strongly recommended that you have your E39 inspected by a BMW performance tuning expert.

No one wants to drive a timeless and thrilling BMW that is not running in peak condition. Issues with BMW engines can hinder performance that can leave you stranded. Call (919) 828-7900 or complete the contact form below to schedule your BMW’s engine repair in Raleigh with a certified technician.